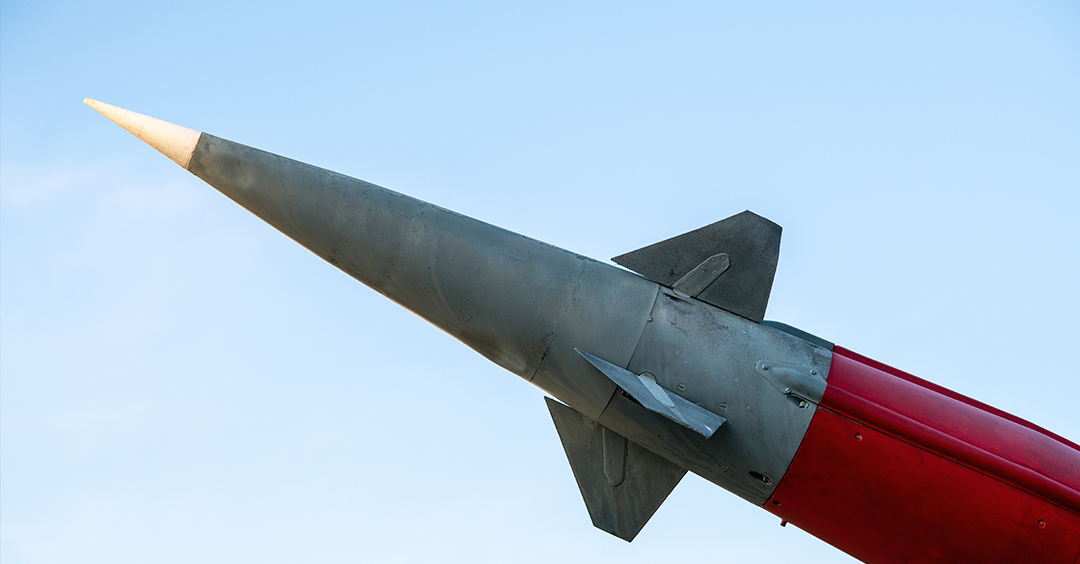 It's no secret that we live in a pretty dangerous world. And one of the reasons for that is there's an awful lot of people with an awful lot of missiles. I remember when there was this one superpower other than us that had the power to do a lot of destructive things with missiles. And today there's a proliferation and many countries have nuclear capability. It seems like more are on the way. And out of that came the idea of a new kind of missile, an anti-missile missile. And the idea there is that we can launch a defensive missile to pre-empt and destroy an incoming enemy missile. Well, if we've got to live in that kind of a world, that sounds like a good idea to me.

I'm Ron Hutchcraft and I want to have A Word With You today about "Knocking Down The Missiles."

Now, you know, the Kingdom of God could use some anti-missile missile folks. You know why? We need more people who will knock down verbal missiles, because they do a lot of damage to people. Just look around your church. Look around your circle of Christians. Is there too much gossip, backstabbing, talking about people when they're not in the room? Is there too much brokenness between brothers and sisters and misunderstanding? Do you see walls? Do you see hard feelings? Do you see disunity developing?

We need some people who can be part of the answer to that. And you can be if you'll commit to seven little words that can knock down the missiles that destroy the unity and the love of the followers of Jesus. They're actually based on our word for today from the Word of God in Matthew 18:15. Get ready for these words. They're powerful, but there aren't many of them. Jesus said, "If your brother sins against you, go and show him his fault..." Did you notice first of all the scope of your complaint: "just between the two of you." Yeah, that's what it says. That could just be one of the most disobeyed commands our Lord ever gave and one of the most damaging disobediences.

We go and talk to everyone but the person we've got the problem with. We would far rather talk about them than to them, and that raises the question of whether we really want a solution or do we just want an audience for our gripes. Now for those seven anti-missile words. When a person comes to you with something negative about another person, get used to saying these words: "Don't talk to me. Talk to him, or talk to her." Every time you do that, you know what you're doing? You're standing up for the Jesus-way and you're standing against Satan's attempts to divide God's children.

The Bible says that "the words of a gossip are like choice morsels" (Proverbs 18:8). We love to hear the dirt, but God does not. He says, "A perverse man stirs up dissension, and a gossip separates close friends" (Proverbs 16:28), and he said "whoever spreads slander is a fool" (Proverbs 10:18). The mission of someone who loves Jesus is to contain the negative talk - not spread it - and to go direct yourself when you have a problem with another person. You can try to avoid doing it the Biblical way by saying, "Well, they don't listen" or "What good will it do?" Well, really that doesn't matter. Because Jesus says your responsibility is to go to your brother or sister and keep it "just between the two of you." How are you doing on that?

There are way too many missiles being fired by God's children at God's children, and no army can win when they're aiming their weapons at each other can they? The good news is that you can do something about it. You can show people another way to be; actually, it's the Jesus way to be. When a person comes to you with something negative about another person, keep used to saying these words, "Don't talk to me. Talk to him, or talk to her." When you hear something negative about a brother or sister, say those words again, "Don't talk to me. Talk to him, talk to her."

You can actually be the one who knocks down some missiles that otherwise could hurt an awful lot of people.