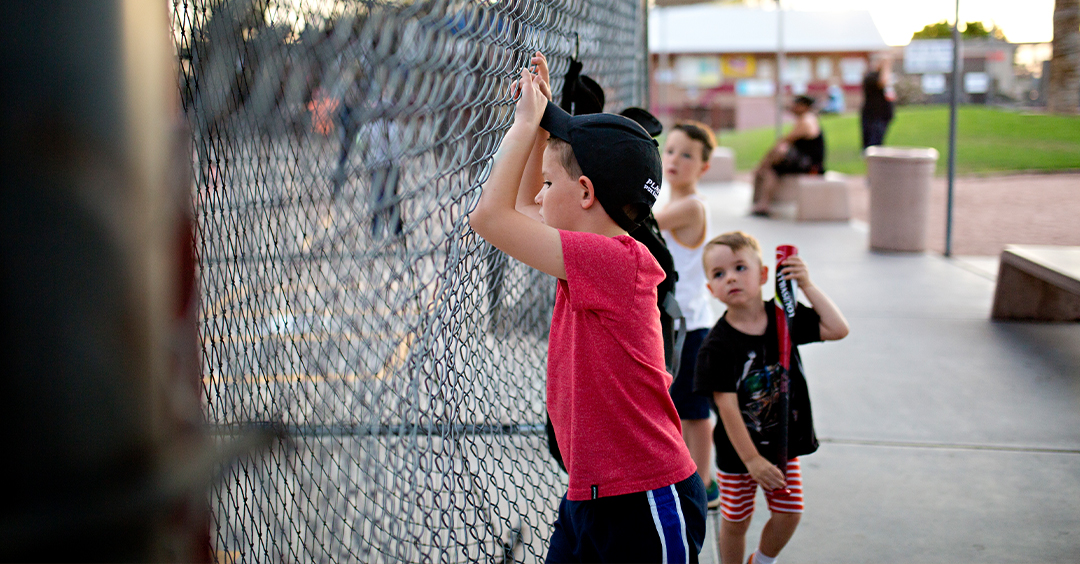 Yeah, when it came time for them to choose teams for softball, I felt a little rejected. Last one chosen. Poor me. And how about the time when I was the only one on the hayride without a date? Poor me.

I'm Ron Hutchcraft and I want to have A Word With You today about "Unwanted."

Actually I feel a little ashamed about some of those "poor me" flashbacks, you know, when I read about those girls in India. Hundreds of them whose actual names mean "unwanted" in Hindi. Every day of their lives they've answered to the name "Hey, Unwanted." Some of them got the name simply because they were a disappointment when they were born. Whatever the reason, "unwanted"? That's a horrible way to be branded for life.

But those girls made the news a little while back because they just got new names. Names that have meanings like "beautiful." They came wearing their best outfits, with barrettes and bows, as district officials in their part of India gave them certificates with their new names on them.

Sadly, there are tons of people, maybe even someone listening right now who have felt like they've been "unwanted" most of their life. You don't have to carry the name to have the feeling. And in this often cruel world we live in, people really do make you feel like they don't particularly care if you're there or not.

Honestly, if we put our sense of worth in the hands of other humans, they are almost surely going to drop it, crush it or stomp on it sometime on purpose or unknowingly. Either way, it feels crummy.

Then along comes someone who says, "I have loved you with an everlasting love." That's our word today from the Word of God in Jeremiah 31:3. There really is someone who has always wanted you, wanted you so much that He's pursued you at great cost all the way to a rugged old cross where He gave His life so He would not lose you.

Actually, the problem isn't that God doesn't want us. It's that we don't want Him. Oh, we're okay with a God who runs the universe as long as we can run our own universe. We want God as a belief, a cozy blanket when it's cold, a spiritual ace to play when we die. But when it comes to God actually running our lives, just call Him "unwanted."

So we've cut ourselves off from the One who loves us more than anyone. All our God-ignoring sins have set us up for an eternity without Him, because sin separates us from a sinless God.

But Jesus was God who came looking for us. In His words, he came to "seek and save what was lost" (Luke 19:10). He suffered for your sinning so you would never have to; so you could be with Him for all eternity. That's how very wanted you are by the most important person in the galaxies.

There's a story of a little boy who built a toy sailboat with his Daddy. His father let little Scotty glue it and sand it and paint it and name it. He called it "Arthur," and Scotty couldn't wait to get his masterpiece in the lake. But on "Arthur's" maiden voyage, this big storm came up and quickly blew that sailboat way beyond his ability to get it. Scotty ran to his Daddy heartbroken. His father just said, "I'll just buy you another one." Scotty was adamant. He said, "I want my boat back."

Then came the amazing discovery at that little store downtown. Scotty saw his boat in the window! He ran into the store and asked the man if he could have it. "Sure, 20 bucks." That probably sounded like a million dollars to a little boy, but he went back home and to his neighbors and asked for any job he could get paid for, and one day he walked into that store proudly and plunked down his hard-earned twenty bucks.

He ran all the way home with that sailboat wrapped in his arms. His father was home, so Scotty jumped into his lap, "Daddy, I love this boat so much, because now it's twice mine; once because I made it, and once because I paid for it!"

That's how Jesus feels about you, friend. You're twice His; once because He made you, and once because He paid for you with His life. And today He's waiting with open arms to welcome you into His love and a relationship with Him. Tell Him, "Jesus, no one's ever loved me like You do. I am Yours."

Go to our website to get this nailed down for sure It's ANewStory.com. This is the day you come home to the love you were made for.