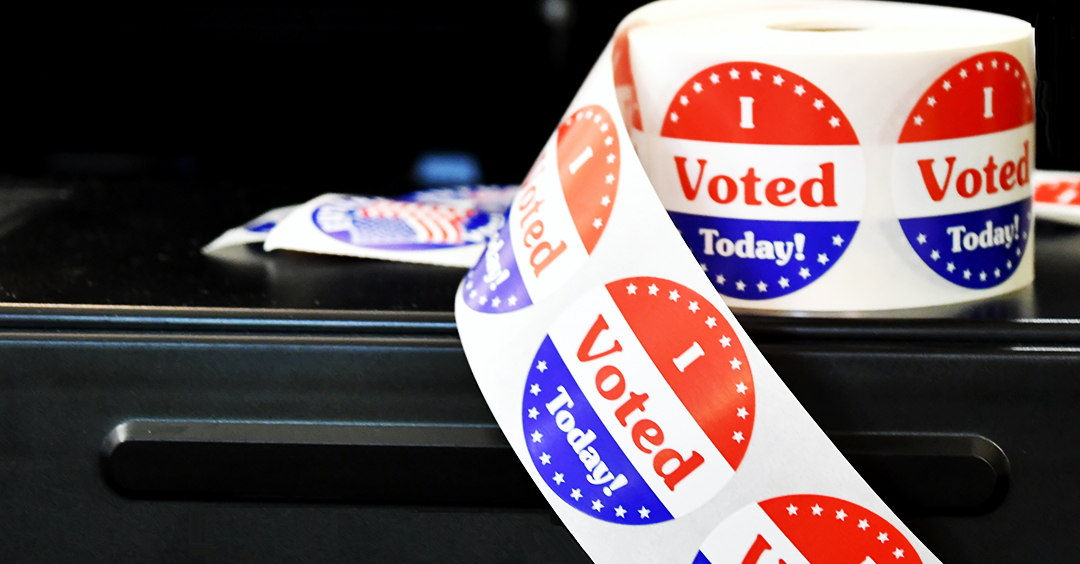 Much of my life I've been interested in following politics. But even I'm sick of politics right now! And you know what? Maybe you've OD'd on it. You know, all those pundits on the news. You know, they start to sound like indistinct blather when adults speak out on a Charlie Brown special. You know?

Oh, and the signs during an election! I never could wait til they come down and I can see my neighbor's house again. Oh, and the joy to think, "I can turn on my TV and there will not be one political commercial, showing your opponent as Frankenstein or Bride of Frankenstein."

But sadly, America's a very fractured nation politically. You know, after an election some people are all excited because their candidate won, and some are saying, "Boy, the end of everything must be close because my candidate lost. The other guy won."

Well, I'm Ron Hutchcraft and I want to have A Word With You today about "The Only Identities That Really Matter."

You know, after waking up and hearing election results in America, sometimes I think of all the views that I'd heard on TV describing how they see America. And you know what? That's the time I ask God to help me see my town, my country, my world through His eyes. "What do You see, Lord?"

And He said, "Ron, there are only two categories that really matter. When you look at people, see them as being on one of two lists." And it wasn't Republican or Democrat or Independent. No, I remembered something I read about the days after the Titanic sank. White Star Lines, the owners of the Titanic, set up a room in Liverpool, England, where people could wait to learn the fate of a passenger that they loved. Occasionally, a company official would come in and add a name to one of two lists, posted on a large board. The lists simply read: "Known to be saved" ... "Known to be lost."

Everyone you love - everyone in your personal world - everyone hearing or reading this is on one of two lists. They're described in our word for today from the Word of God in 1 John 5:11-12. It says, "God has given us eternal life, and this life is in His Son. He that has the Son has life; He that does not have the Son of God does not have life." Known to be saved...Known to be lost.

It shouldn't be what political list or religious list a person's on that defines my relationship with them - it should be which of God's lists they're on. When we get to heaven, there won't be any "Republicans," or "Democrats," or "progressives," or "conservatives." No "Baptists," no "Methodists," or "Roman Catholics." God sees people in terms of their eternal destination, and it defines His relationship with us.

We were all in one doomed category - sinners; people who have marginalized our Creator rather than enthroning Him. Who have defied His ways and done what we wanted to do, and cut off from Him because He's sinless and we're full of sin.

But in spite of our disregard and disrespect of the God who put us here, He refused to leave us lost. He sent His precious Son, Jesus, to do what only He could do - pay for our sin by paying our death penalty on the Cross. So heaven or hell all comes down to what I do with Jesus. Whether I leave Him outside my life or put all my trust in Him as my only hope for rescue. "You have the Son, you have life," the Bible said. "You don't have the Son, you don't have life" (1 John 5:12).

Today if you could see God's lists, you'd be on the "Known to be lost" list, huh? But today you could change lists. Because Jesus stands ready to erase the sin of your life from God's book, forgive every one of those sins, and give you eternal life that you could never deserve, because He gave His life for you.

Let today be the day you say, "Jesus, I'm Yours." Check out our website. It will show you how to get started with Him. ANewStory.com - that's the site.

You know, we've heard a lot of people being defined by their label. I want to see what God sees, don't you? Saved - Lost. I want to love those people like He does, because it breaks His heart. It breaks His heart for you to be lost. That's why He sent His Son. It's time you belong to Him.