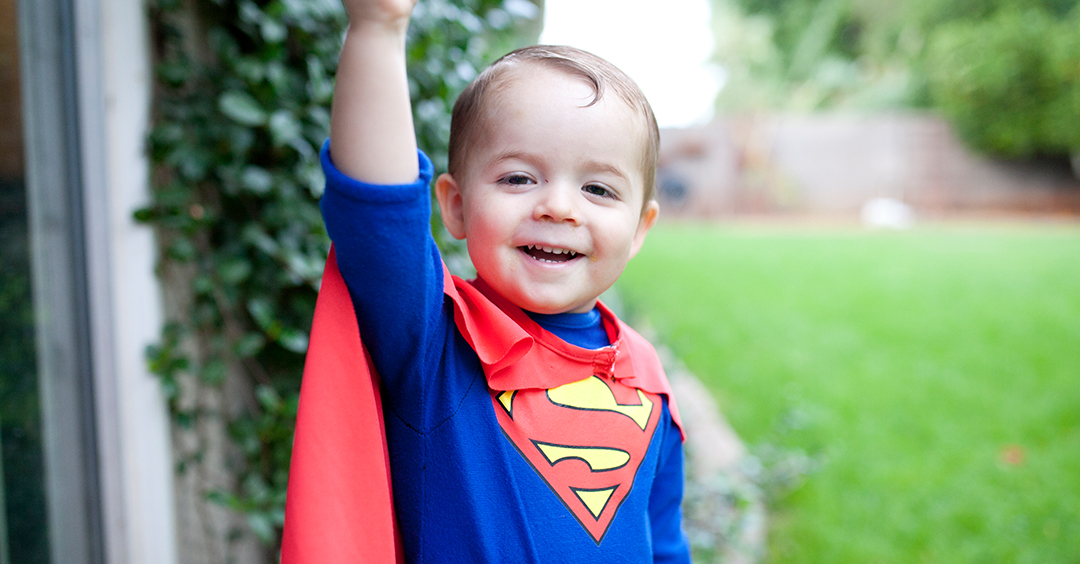 He first showed up in the 1930s. And I do not remember that firsthand! Then they made movies about him in the 21st Century. One of America's most enduring superheroes. Here's a clue from the '50s TV show about him, "Look! Up in the sky! It's a bird! It's a plane! It's...Superman!" The Superman story begins with the meltdown of the planet Krypton and the decision by one of its leaders to save his son by launching him in this small rocket he has built. Destination: Earth. In one of the movies about the guy in the red cape and the blue suit with the big letter "S," his father sees that the people of earth need some help, and he says these words: "I'm sending them my only son."

I'm Ron Hutchcraft and I want to have A Word With You today about "The Best Thing God Ever Did For You."

Superman is just a story of course. There is, however, a Father who sent His only son to do for us what we could never do for ourselves, and that is not a story. It's history. What God did actually has the power to change your personal destiny. Because God looked down and saw your need and my need, and He said, "I'm sending them My only Son."

In the words of Romans 8:32, which is our word for today from the Word of God, "He...did not spare His own Son, but gave Him up for us all." God gave up His Son for us...for you. I remember as our son-in-law held our first grandchild in his arms for the first time. He said, "This is my son; my only son." The thought of giving up that boy was unthinkable. Why would God bid goodbye to His only Son and send Him from the glories of heaven to die with spikes in His hands and feet, suspended on a cross?

The Bible answers that question. It says, "He loved us and sent His Son as an atoning sacrifice for our sins" (1 John 4:10). God gave up His Son because He loves you; He loves you that much. He sent Him to be the only sacrifice that could pay for all the things we've done against God; every dishonest thing, every dirty thing, every hurting thing, every angry thing, every selfish thing.

We have kept the God we were made by on the margins of our life and we have hijacked from Him the life that He gave us. That is punishable by separation from God, forever. But God said, "They can only be saved if their eternal death penalty is paid. And someone has to die for that." And so, His one and only Son poured out His life in exchange for yours and mine.

That's why what you do with Jesus is so critical. It literally decides where you'll spend forever. Some years ago, a noted photographer spent months taking pictures of people as they came and went from the Vietnam War Memorial in Washington. And one morning, before anyone else was there, he noticed a new remembrance at the wall. There was a picture of a soldier, a medal, a picture of Jesus, and a simple, three-word inscription. As he was focusing his lens on the scene, this elderly man came up behind him and put a hand on his shoulder and said, "Excuse me, but do you like it?" The photographer told him how impressed he was with it. The man replied, "I'm glad. I put it there." Suddenly, that little three-word inscription came to life for that photographer. It simply said, "Only one son."

God brings you to a cross where His "only one Son" gave His life for you, and He's asking you, "What do you think?" Jesus' death for you is your only hope. He's the rescuer you either grab and hold onto with total trust, or the rescuer that you ignore or push away.

You may have known about Jesus' death on the cross for a long time. You may have commemorated His death at church many times, but you've never made what He did on the cross personal for you. Has there ever been a time you said, "Jesus, I'm Yours...I'm totally Yours." If not, then you're living under the death penalty for your sins. That penalty has already been paid for you.

Maybe today you're ready to make God's one and only Son your one and only hope. Well, let me encourage you to tell Him that right now wherever you are. And then visit our website, because it's loaded with information that will help you be sure you belong to Him. That website is ANewStory.com.

When your little time on earth ends, there's really only one thing that will really matter. What did you do with God's Son?