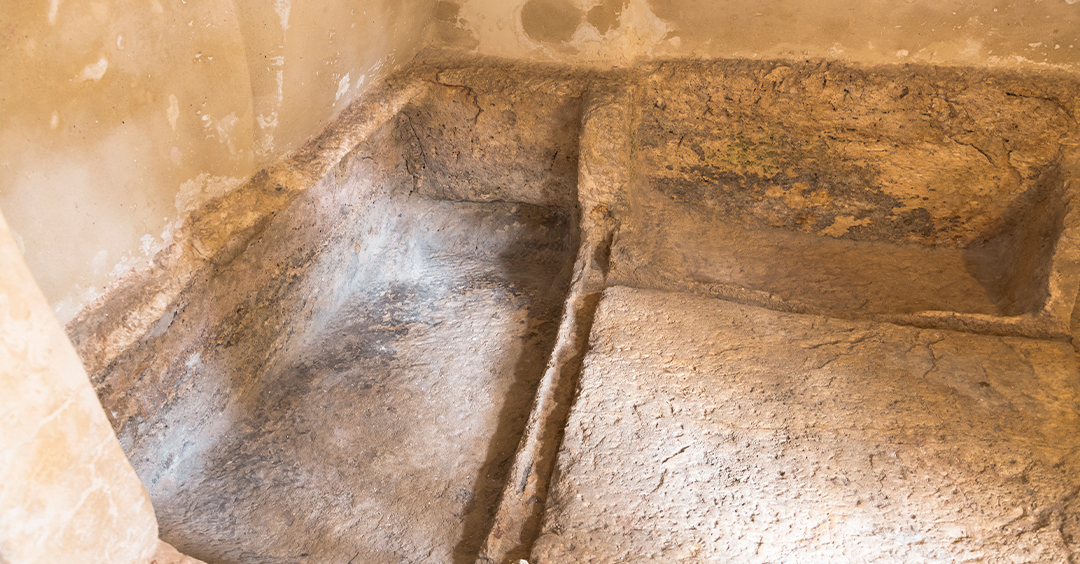 J. R. R. Tolkien, one of England's literary greats from a generation ago, wrote about this fantasy world called Middle-Earth, and that world has captured the imagination of millions of people in this generation. His trilogy of books known as "The Lord of the Rings" has really been popularized through three blockbuster movies that were based on them.

The final book and movie, "The Return of the King," portrays this world where the armies of darkness, which are made up of these vicious subhuman beings, are moving to destroy the last bastions of human life in Middle-Earth. But as the rightful king of Middle-Earth begins to emerge, the humans are rallied to what becomes the decisive battle against this advancing evil.

In one drama-packed moment, one of the main characters climbs to the top of this daunting mountain, where there's a massive pile of wood waiting to be ignited. And then he takes a torch, lights the signal fire, and a waiting sentinel sees that fire and lights the fire on his mountain. And that summons-by-fire spreads across the kingdom, from mountaintop to mountaintop, and the sentinels shout this triumphant news "The beacons are lit!"

I'm Ron Hutchcraft and I want to have A Word With You today about "The Beacon From the Graveyard."

Two thousand years ago, it appeared that the forces of darkness had won their ultimate victory. The Son of God was dead, buried in a tomb. Those who followed Him - total despair. That was Friday, but Sunday was coming. And when it did, Jesus blew the doors off His grave, walked out under His own power, leaving death - man's ultimate enemy - vanquished and powerless.

And that Easter morning, the beacons were lit. From the mountaintop of that generation, the message that Jesus is alive and death has lost has ignited a fire on the mountain of the next generation. And today, 20 centuries later, we are the ones left here by Jesus to light the beacon for our generation.

Listen to what the resurrection of Jesus has done, as recorded in 1 Corinthians 15, beginning with verse 54. "Death has been swallowed up in victory. Where, O death, is your victory? Where, O death, is your sting? Thanks be to God! He gives us the victory through our Lord Jesus Christ." Now, I love what one of my friends often says: "If non-Christians want to know what belonging to Jesus is really all about, let them come to our funerals."

Well, it's there - the beacon from Easter morning shines the brightest there where everything from earth has no answers. It is there, at the moments of our greatest loss, that we win because Jesus wins.

In Revelation 1:17-18, our word for today from the Word of God, the living Christ appears to the Apostle John in all His glory and He says: "Do not be afraid. I am the First and the Last. I am the Living One; I was dead, and behold I am alive forever and ever! And I hold the keys of death and Hades." WOW! The blazing beacon of Jesus' victory over death means there is nothing in your life that is bigger than He is, and if you belong to Him, nothing can defeat His plans for you.

And speaking of a chance at Jesus, if you've never given your life to the rightful King; if you've never committed yourself to the King who died and rose again from the dead for you - then let this be your day to trade your guilt for His forgiveness and your death penalty for His eternal life.

You just say, "Jesus, I've been running my life. I'm done. I believe when you died on that cross it was for sinning I've done. And beginning today, I'm yours." I invite you to go to our website, ANewStory.com, because I think there you will find the biblical information you need to be sure you belong to Jesus this Easter.

You don't have to live in the darkness anymore. From the empty tomb of the Son of God, the beacons are lit!