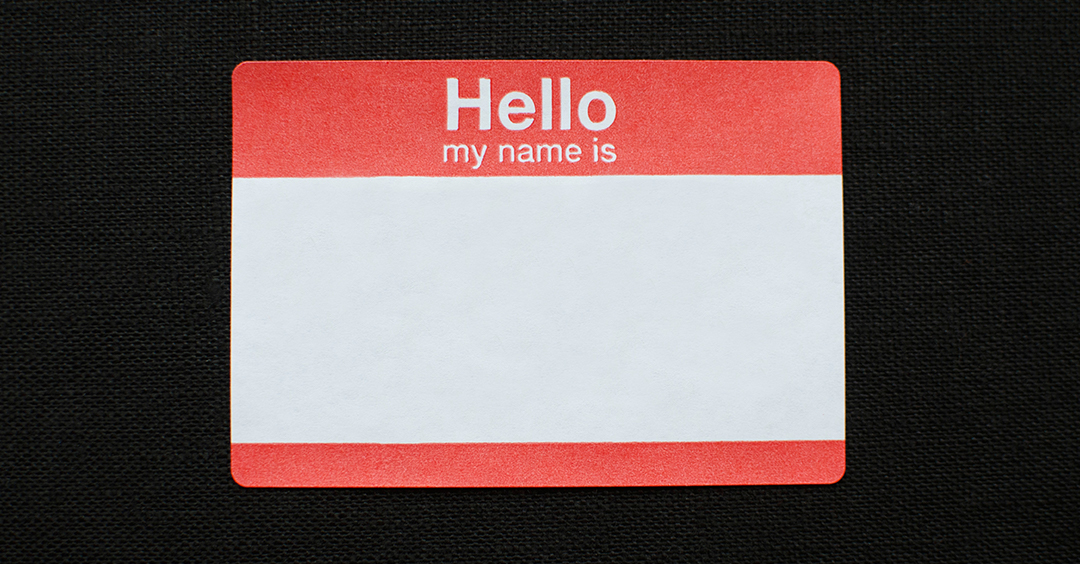 These days when parents are expecting a baby, they put some care usually into picking a name. And one of the places they go is to these books where you find hundreds and hundreds of names and what is the meaning of that child's name. Now, my parents, I don't know if they didn't have books like that or they didn't care. But, well, when they were on the way to the hospital, I guess they had a name picked out for a girl. They didn't think about a boy, but I was. So, as they're going, they go, "What if we have a boy? What should we name him?" And they passed - now, listen, I hate to tell you this, because you're going to use it against me someday. I know you are - here we go, Ronnie's Used Car Lot. Okay, go ahead, laugh. Get that over with. So they named me after a used car salesman (don't say it!). And some of you who listen all the time go, "The way you talk, I believe it. I understand it was predestination that you should be named after a used car salesman." Well, listen. Picking a name? Put some thought into it please. I'll tell you this, there was one name that God came up with, and it just so happens it became the most powerful word in the world.

I'm Ron Hutchcraft and I want to have A Word With You today about "No Name Like This Name."

You may remember that when Jesus was born, actually before He was born, God appeared to Joseph and He said, "You shall call His name Jesus, for He will save His people from their sins." And that name becomes, now, the most powerful word in the world.

Our word for today from the Word of God, Acts 4:12 says this: "There is salvation in no other name, for there is no other name under heaven given among men whereby you must be saved."

Paul said, "I resolved to know nothing while I was with you except Jesus Christ and Him crucified. I came to you in weakness and fear and with much trembling. My message and my preaching were not with wise and persuasive words, but with a demonstration of the Spirit's power." Paul says, "When I come to you I'm going to talk about Jesus."

Now, the issue has always been, and continues to be today, the name of Jesus. All through the book of Acts the apostles insist on saying, "You need to come in the name of Jesus. That's where salvation is. There's no other name." And what did the religious leaders say? "You can talk all you want, just don't talk about the name of Jesus." See the Devil doesn't care if we talk about church, or religion, or God, or love. He hates the name of Jesus. Don't say Jesus! Why? Because it's the name by which people are saved. It's the name at which according to Philippians 2 every knee shall bow one day, including every demon.

But did you ever notice how hard it is to talk about Jesus? Oh yeah, God's okay, but Jesus seems to be the threshold where we have a hard time crossing. We don't want to say, "It's Jesus who changed my life." We choke on the name of Jesus. But see, for 2,000 years the order from hell has been, "Edit out Jesus." And He's trying to tell us to do that.

Now, the challenge is, will those who love the name of Jesus be as bold to speak that name as those who defile that name? See, they'll talk about Him openly, boldly. Unbelievers are bold; they'll talk about Jesus all day irreverently. Isn't it time we quit choking on that name? Jesus is a stranger in our world because we don't talk about Him; His love, His life, His personality, His death, His explosion in the graveyard when He blasted out of His grave. This is a time for boldness!

Okay, fine. Do you have a problem with Jesus? Because He's the One who died for you; He's the One you'll meet as soon as you die. He's the One God says, "What did you do with My Son?"

Maybe today you need to get things settled with Him, because there's no other name. Go to our website. It's ANewStory.com. Find out how to get started with Him. And if your hope for eternity is in anything other than Jesus, in anyone else, this is the day to pin your hopes on the only name that can get you to heaven.