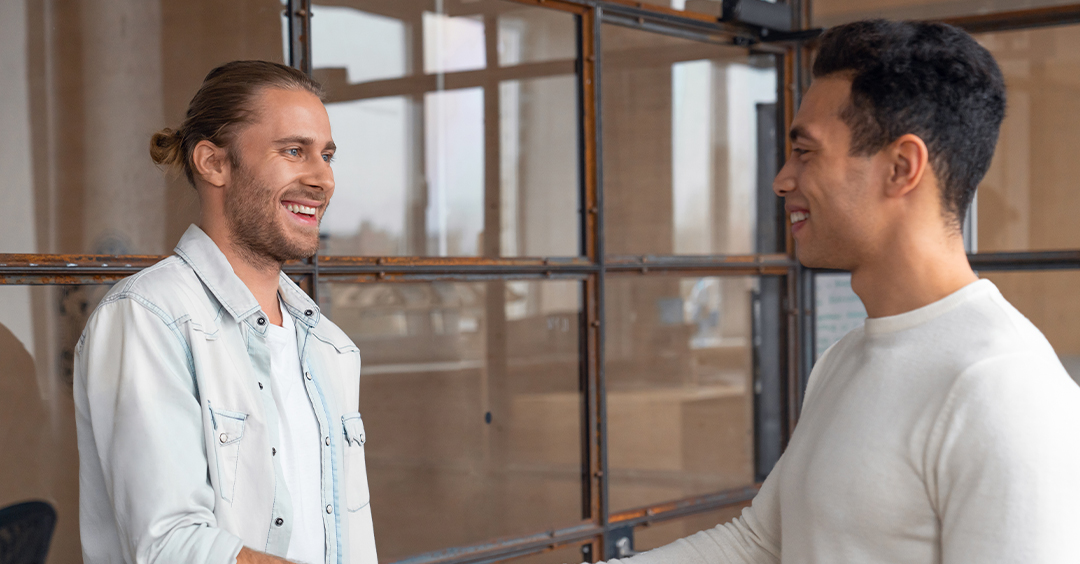 Class reunions are interesting. It gives you a chance to see people you haven't seen for years and they haven't seen you. And you go hoping you'll recognize them. More than that, you go hoping they'll recognize you after all these years. And usually they'll say something like, "Hey, I remember you with hair. Didn't you used to have teeth?" It's interesting these class reunions. The conversations can be pretty superficial because honestly you don't have much in common any more. Right?

But once in a while you stop impressing each other enough to get into something important. That actually happened to a doctor friend of mine at his 45th high school reunion. My doctor friend, a committed follower of Jesus, and he was catching up with a highly successful orthodontist, who is an atheist by his own description. But this atheist orthodontist said to my doctor friend, "So, would you talk to me about what you believe?" My friend was pretty surprised to hear that from this particular fellow. This man gave his reason for asking. He just said, "Frankly, I'm nervous about eternity."

I'm Ron Hutchcraft and I want to have A Word With You today about "Nervous About Eternity."

Our word for today from the Word of God comes from Hebrews 9:27. It actually gives us a glimpse of the beginning of eternity for all of us. "Man is destined to die once," it says "and after that to face judgment." Well this man said, "That's what I was afraid of." See, the Bible confirms we have an undeniable, uncancelable, unpostponable appointment with God for judgment.

Actually, it's a pretty good idea to be nervous about eternity, because it's going to last a lot longer than these 70 years, or whatever, that we think about all the time. People everywhere seem to just know in their soul that there's something between them and God; something's wrong. We know there's this moral reckoning, this moral bill to be paid for the sin of our life. The judgment is coming and the Bible says when we feel that way we're right. Wouldn't it be great to know there was nothing to fear; that your eternity is secure?

This may be the best news you've ever heard. Romans 5:8 - "God demonstrated His love for us in this: While we were still sinners..." Okay the wall between God and us right there because we've run our life. It goes on to say, "Christ died for us." The Bible says, "There is no condemnation for those who are in Christ Jesus" (Romans 8:1). Wow! See, sin is what will keep you out of heaven, and Jesus paid for that sin when He died on the cross. If you put your trust in Him and His death for you, you can trade your death penalty for eternal life.

John 5:24 says it so beautifully, "When you come to Christ you have crossed over from death to life." Wow! The old Plains Indians used to set prairie fires to burn their fields between their village and the approaching fire. They said, "The fire cannot go where the fire has already been." Why don't you go to the place where the fire of God's judgment for your sin fell on God's Son - the cross. You can claim His forgiveness there.

That's what my friend asked, "If you died tonight, and God asked you 'why should I let you into My heaven?', what would you tell Him?" Well, that's a good question. You could say, "Lord..." Here's the only right answer: "I trusted in the work that Your only Son did on the cross for me."

Have you ever done that? Has there ever been a day when you made personal what Jesus died on the cross for to forgive your sin? You say, "Well, I'm not sure." Make sure. The stakes are so high to not be sure you're ready for eternity. If you'll go to our website, listen, right there I've briefly explained to you how to begin this relationship. You could do it today. It's ANewStory.com. That's the site.

Once you've been to the cross, and you've taken what Jesus did there for you, you don't ever have to be nervous about eternity again.