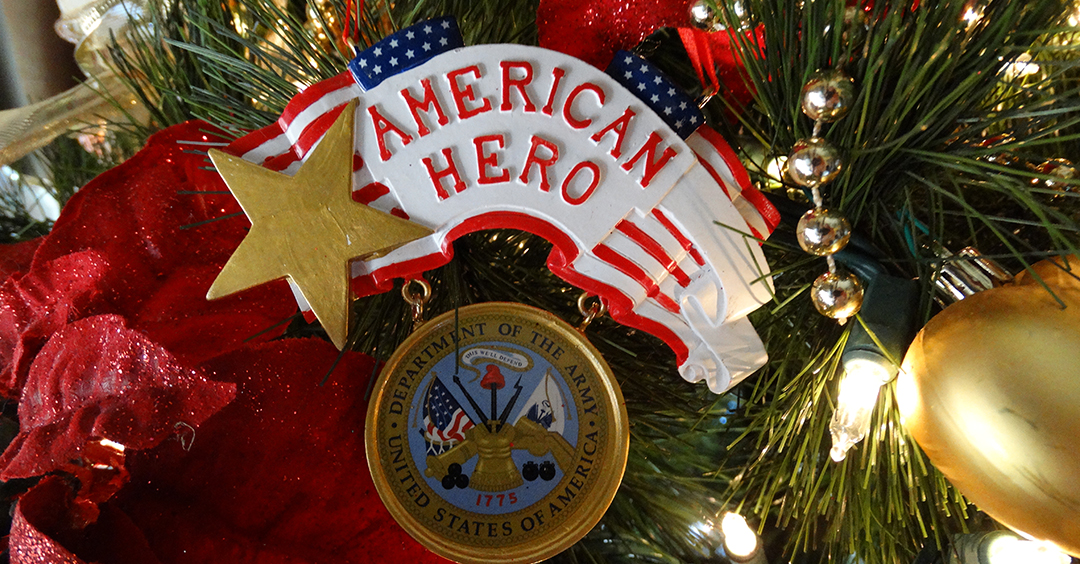 On the TV news shows during the Christmas season, it's so heartwarming to see those men and women in their combat fatigues sending Christmas greetings home from wherever they've deployed in the world this season. It's one of the hard things about Christmas really, and it's been true every Christmas for a long time; soldiers who won't be able to be home this Christmas, men and women for whom "I'll Be Home for Christmas" is just a song.

I'm Ron Hutchcraft and I want to have A Word With You today about "Christmas Far From Home."

You know, at Christmas, many people are on a mission that has taken them far from home. Ironically, the Christ of Christmas knows that feeling all too well. The baby born that first Christmas was really far from home. Listen to our word for today from the Word of God. It's from the first chapter of John, and several verses beginning with verse 1.

"In the beginning was the Word, and the Word was with God and the Word was God." That's referring to the Son of God, Jesus. It goes on to say, "Through Him all things were made, without Him nothing was made that has been made." And then as you go on later in the chapter, it says, "He was in the world, and though the world was made through Him, the world did not recognize Him. Yet to all who received Him, to those who believed in His name, He gave the right to become children of God" (John 1:1, 3, 10, 12).

Now the angels who brought His first birth announcement didn't want us to miss who was in that stable. They said, "A Savior...He is Christ the Lord" (Luke 2:11). The "Savior" is God's Rescuer, sent to save you and me. "Christ" - that's the Messiah God promised. Then it says He's "The Lord" - the word means the Controller, the One who runs everything. And what we just read from John makes it clear that He literally created everything that is, and then came to this little speck of dust called earth in the middle of all these galaxies He created.

But this Son of God had to leave heaven and come to a world in rebellion against Him; a long way from home. He came on the most important mission in history - to give the people He had created a chance to get right with the God that we hijacked our lives from. Like a person trapped in the rubble of a violent earthquake or in a burning building, we're going to die unless a rescuer comes. We can't dig ourselves out. If any religion, if any good thing that we do could pay our sin-bill with God, believe me, Jesus would never have left home. He'd never have carried His rescue mission all the way to that brutal death on a cross.

His mission is described in 25 of the most important words in the Bible, in John 3:16. You may have heard these words a thousand times. You may have never heard them. Would you listen to them this time as if your life depends on them? Because it does.

He was far from home in that manger that first Christmas. He was even farther from home on Good Friday. The Bible says He actually "carried our sins in His body on the tree" (1 Peter 2:24). He was actually cut off from God His Father so you would never have to be; so you could have heaven. Our sin is why our heart has been searching for home all these years, because home is the love relationship with God that only Jesus can give us.

You know that stirring you're feeling in your heart? That's the man who died for you, drawing you to Him. You can't come to Jesus when you feel like it. You come when God's drawing you or you don't come. And this season when we celebrate His coming to earth for us, He's working in your heart to open your life to Him.

This Christmas season could be the celebration, not only of Jesus' coming to earth, but of Him coming into your life today. Just tell Him, "Jesus, I'm Yours." You want to begin this incredible love relationship with Him? Go to our website and get the information that will help you get there - ANewStory.com.

Wherever you are this Christmas, your heart can finally be home, because you finally belong to Jesus. See, He left home so you could find home.