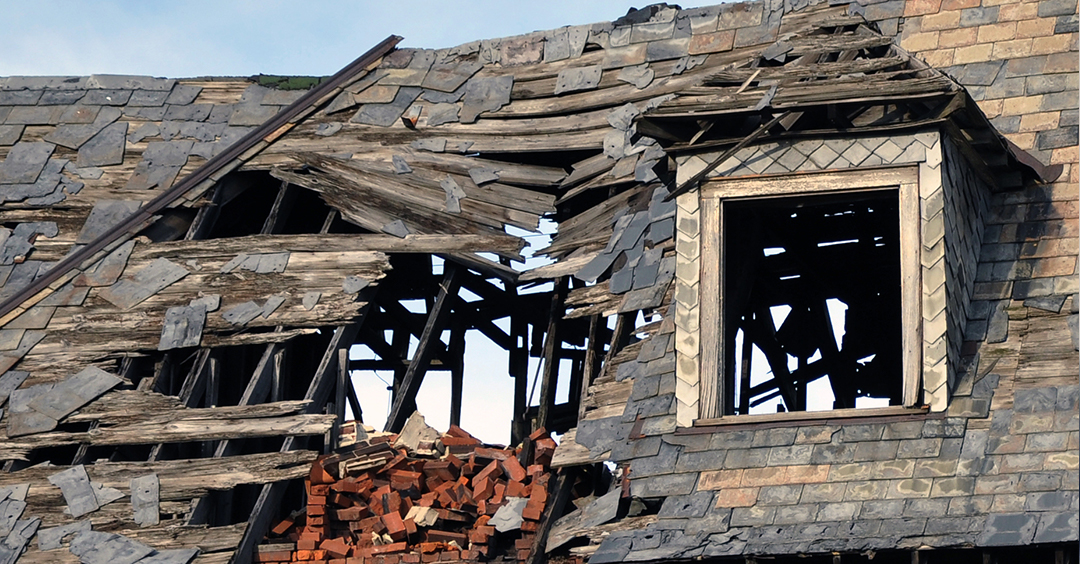 Many years ago, our state was America's Wild West. Out of that grew a pretty colorful state history, which I never knew much about before. But after a recent visit to the state capital, I came back with some interesting stories out of our past. I loved the story of the sagging roof on the original State House. The legislators had often been reminded that the roof needed to be replaced before something ugly happened. Well, they never got around to passing a bill to authorize that replacement. (Can you imagine?) And then one day, with the Legislature in full session...you want to guess? The roof finally collapsed on the legislators. Thankfully, no one was seriously injured. And the next day, for some reason, (Guess what?) they passed a bill for a new roof; the day after the old one fell on their heads!

I'm Ron Hutchcraft and I want to have A Word With You today about "Waiting 'til the Roof Caves In."

I had to laugh at this great example of what it takes sometimes to get things moving. I stopped laughing when I realized that it's sometimes me that waits until the roof caves in before I do the right thing. Maybe you've made that mistake, too.

In an incredible dialog between King Solomon and the Lord, Solomon anticipates some of the critical issues that may arise in his nation's future. It's in our word for today from the Word of God in 2 Chronicles 6, beginning in verse 24. Solomon tells the Lord, "When Your people Israel have been defeated by an enemy (that's the roof falling in) because they have sinned against You (that's why it fell in) and when they turn back and confess Your name...then hear from heaven, forgive the sin of Your people...and bring them back."

He then addresses another roof collapse, "when the heavens are shut up and there is no rain because Your people have sinned..." Then he goes on to talk about their dealing with their sin and then God sending the rain they're desperate for. Solomon uses other examples of the roof falling in on God's people - famine, plague, locusts, enemies besieging them, disaster, disease - and he asks God to redeem them when they again deal with their sin.

The culmination of this insightful spiritual analysis comes in the great revival verse, 2 Chronicles 7:14, preceded, of course, by 2 Chronicles 7:13. The Lord says, "When I shut up the heavens so there is no rain, or command locusts to devour the land or send a plague among My people, if My people, who are called by My name, will humble themselves and seek My face and turn from their wicked ways, then will I hear from heaven. I will forgive their sin and will heal their land." Wow! Well, timely stuff.

The trick is to deal with things before the roof caves in, before the Lord has to lower the boom to get your attention. He escalates the pressure and the pain as we ignore His softer promptings to face what needs to be faced. Right now, maybe God's working in your heart, or your circumstances to get you to deal with some sin that you've refused to repent of, to face some important issues in your marriage, or in the life of your family, or in the way you do business, to deal with the lies, or the hurting words, or the destructive attitude, or your bitterness. There may be problems you keep sweeping under the rug, issues you will not confront, sins you will not repent of.

That may be why things have not been working, why there's been so much frustration, so much pain. You've been blaming your environment, your circumstances, you've been blaming other people, when God's been trying to get you to look in the mirror and let Him fix the person you see there.

He's been turning up the heat. He's trying to get your attention! Don't wait until the roof caves in.