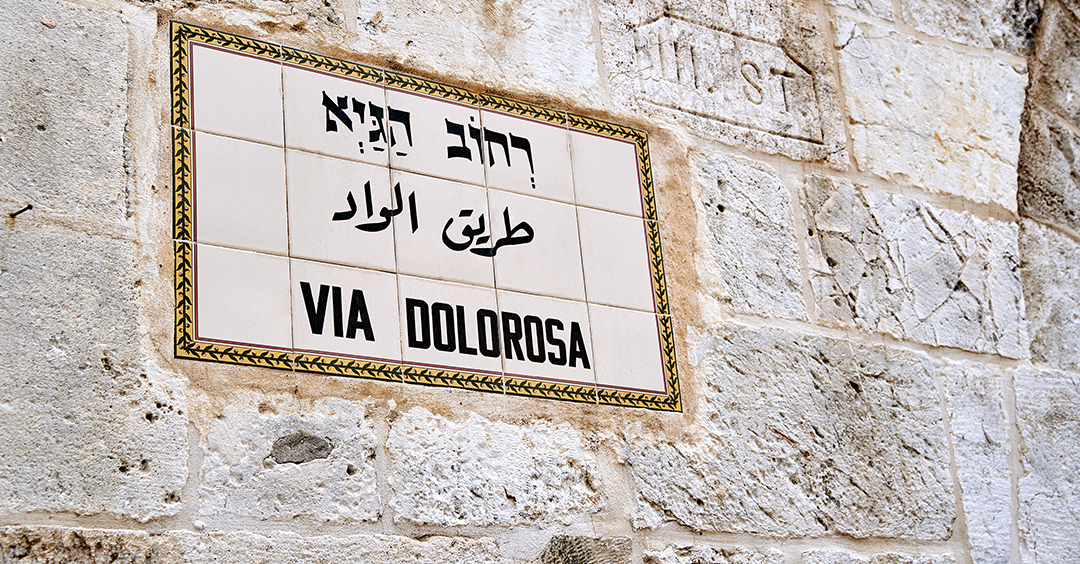 My brief visit to Israel some years ago is one of the richest memories of my life. One of those memories took place in this dark, damp, cobblestone basement of a church on the Via Dolorosa. That area was part of the governor's headquarters in Jesus' day. It's called the Praetoriam or the "pavement" in the Bible. As I stood there, I realized I was standing on the very stones where my Savior was humiliated in front of a howling mob and by these brutal Roman soldiers. Our guide showed us some markings that were scratched in the stones by Roman soldiers at that time. The guide explained that those markings made a crude playing board for this cruel game the soldiers played. They called it "The Game of the King." They may have played it with Jesus. It's still being played today.

I'm Ron Hutchcraft and I want to have A Word With You today about "The Game Of the King."

Our word for today from the Word of God is in Matthew 27:27. "Then the governor's soldiers took Jesus into the Praetoriam and gathered the whole company of soldiers around Him. They stripped Him and put a scarlet robe on Him, then twisted together a crown of thorns and set it on His head. They put a staff in His right hand and they knelt in front of Him and mocked Him. 'Hail, king of the Jews!' they said. They spit on Him and took the staff and they struck Him on the head again and again. After they had mocked Him, they took off the robe, put His own clothes on Him, and then they led Him away to to crucify Him."

Our Jerusalem guide told us that the Roman soldier who won this game got to pick one of the prisoners to be "the king" who then they abused verbally and physically. In this case, it was the King of Kings - the One who made them! The proper symbols of royalty were there: there was a robe, a crown, a scepter. And their words were right: "King of the Jews." But it was all a mockery.

Now your reaction is pretty much like mine, "Man, that's ugly. That is so perverted." And it is. But the worst part is that some of us may be playing an updated, more polite version of the "Game of the King" even today.

Could it be that you say all the right words about Jesus, you're going to the right meetings, you're carrying all the right symbols. You've got the Bible, the Christian literature, the church involvement - but, in many ways, is it a mockery? Those soldiers called Jesus "king," but they had no intention of being His subjects, of doing what He said. Maybe, in some ways, like you.

Look at your romantic life, for example. Your words may say, "Jesus is Lord," but who's really running your romantic relationships? Or what about your business? Is it run Jesus' way or your way? If we were to listen to a recording of how you talk at home, would they show that Jesus is King of your family relationships or are you? The words, the activities may say that Jesus is King, but who really controls how you use your money, what you decide to listen to, or to watch? What about your sexual fantasies? Does what comes out of your mouth much of the time sound like a subject of King Jesus? Look at who's really running things, in the things that really matter to you.

It's not the words that decide it. If you're saying Christ is Lord but ignoring Him and his ways much of the time, you could be playing a religious version of the "Game of the King." And it is a shameful game. And everyone who plays the game loses.