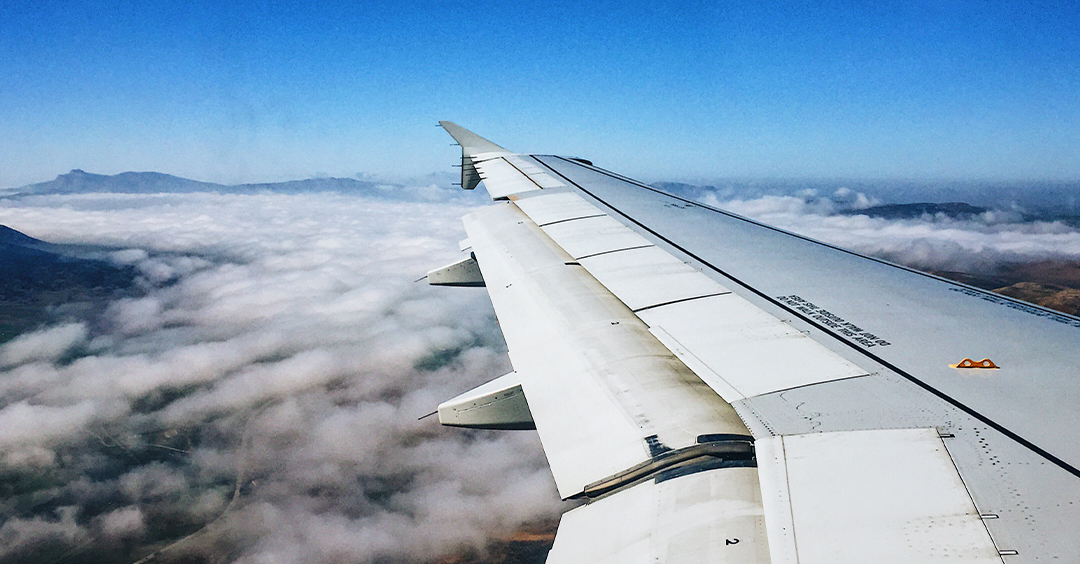 You know, after a whole lot of airplane flights in my life, it was refreshing one day to have a pilot who really took seriously that little phrase "friendly skies." He was a friendly pilot! He was kind enough to keep pointing out what we were seeing below. Most pilots are friendly, but they don't take all the time to, you know, be kind of a tour guide and say, like, "On the left side..." "On the right side of the plane..."

Seems like I'm always on the wrong side of the plane to see anything, but this time I happened to be where I should have been. And he pointed out that we were over what looked like a large, winding raceway track. He pointed out we were looking at a new car proving ground used by one of the big three automakers to test their prototype automobiles. He said that the cars are driven for long hours on end and thousands of miles on that track to detect any weaknesses. And then, and only then, do they put them on the road. You know, that's a good idea to test a vehicle before you trust it.

I'm Ron Hutchcraft and I want to have A Word With You today about "Prove it Before You Promote it."

You know, God talks about His vehicles in our word for today from the Word of God in 1 Timothy 3:1. And by His vehicles I mean the people He can use to carry out His leadership assignments. He says, "If anyone sets his heart on being an overseer (or spiritual leader) he desires a noble task." All right, it's okay to want to be a leader for Him. But listen to verses 6 and 7, "He must not be a recent convert, or he may become conceited and fall under the same judgment as the devil. He must also have a good reputation with outsiders so that he will not fall into disgrace and into the devil's trap."

Short version: Don't rush into leadership. Like a new car, you have to spend a lot of time on the proving ground before you're put on the road to be a spiritual leader. Now, since we live in a microwave world where everything happens fast, and "I want it now!" we want to get in a position quickly. Or we want to promote people too soon from rookie to starting team. I've got a hunch some of the falls that we have seen in our spiritual leaders maybe if you went way back in their beginnings maybe someone promoted them before they proved them.

It talks about other qualifications in this passage. It takes time to get your family under control, your temper, your appetites, your money - all of which, by the way, are qualifications for spiritual leadership.

When you cut short the time to grow, the time to develop humility, the time to get your life lined up with your message, you're creating a potential crash. So, let's not be in too big a hurry to push one of God's vehicles out onto the Interstate. We all need to be tested first on God's proving ground. Rushing to leadership...that's man's way of doing it - it's not God's.

Like a responsible auto manufacturer, God has a simple rule for His human vehicles: Prove it before you promote it.