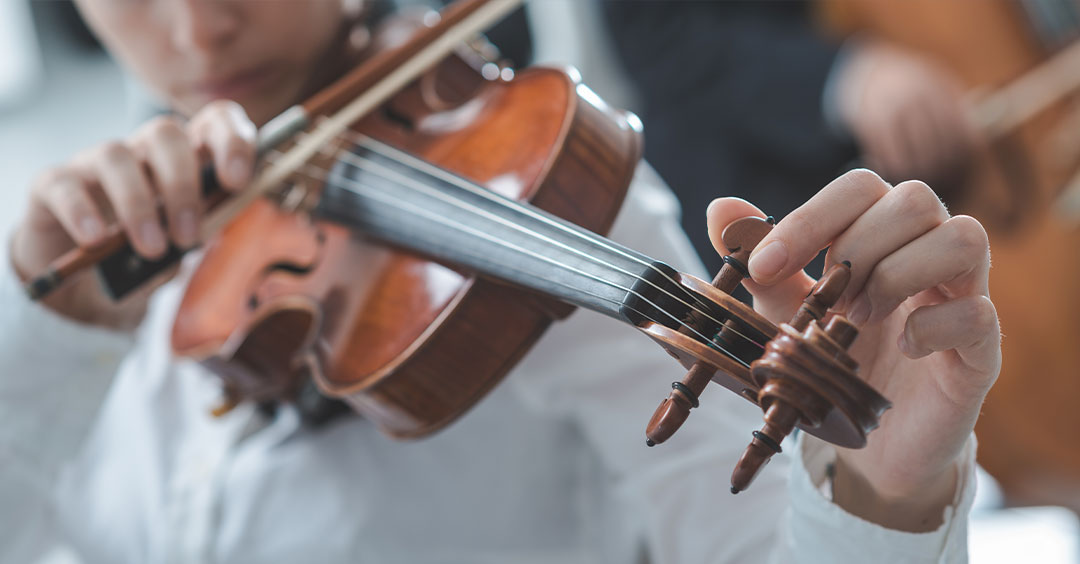 When the famous violinist Paganini played a concert in one of the great halls of Europe, it was equivalent to the draw of like a modern rock concert. Well, the story is told of one such night in Paris. As Paganini appeared on the stage, there's this excited buzz in the audience, and there was expectant applause. But as the maestro began to play, a string broke on his exquisite violin. Well, any concern passed pretty quickly as he picked up the tune on his remaining three strings. Unbelievably, another string snapped, followed moments later by a third string. Now the buzz in the audience was more anxious, I mean, like disgruntled; it wasn't expectant anymore. But the old maestro just raised his hand - called for silence. And as the audience became quiet again, he made a simple announcement, "Ladies and gentlemen Paganini and one string." What followed was easily the most amazing musical performance the crowd had ever seen, or would ever see, as the maestro played a rich and flawless melody on one string.

I'm Ron Hutchcraft and I want to have A Word With You today about "The Maestro at His Best."

That's what the great Apostle Paul learned when virtually all the strings of his life had broken. His testimony is in 2 Corinthians 12:7-10. It's our word for today from the Word of. God. Paul had been given some spiritual revelations that no man had ever experienced before. He says, "To keep me from becoming conceited because of these surpassingly great revelations, there was given me a thorn in the flesh...Three times I pleaded with the Lord to take it away from me. But He said to me, 'My grace is sufficient for you, for My power is made perfect in weakness.'"

See, because Paul experiences God's power the most when he has nothing left, he says, "Therefore, I will boast all the more gladly about my weaknesses, so that Christ's power may rest on me...For when I am weak, then I am strong." Why? Because the less there is of you, the more there is of God and the more of His power you experience. Which actually can make you, much like Paul, actually embrace your hard times, even your hurting times with a sense of expectancy instead of dread or discouragement. It's not that you like the pain, but you realize what pain can produce. And all through it, you have God's unbreakable promise, "My grace is sufficient for you."

Our weakness (oh how I've experienced it so many times) means an opportunity for a display of His strength and His glory: a chance to experience God's ability to heal, to intervene, to carry you. The famous British journalist, Malcolm Muggeridge, who gloriously came to Christ late in life, put it this way, "Everything I have learned in my 75 years in this world, everything that has truly enhanced and enlightened my existence, has been through affliction, not through happiness."

So maybe most of your strings have broken and you're down to one string. Well, that's the moment when the Maestro is at His very best. He lovingly holds you in His arms and He says, "Almighty God and one string." He's about to play something beautiful, something unforgettable, something amazing through your life.