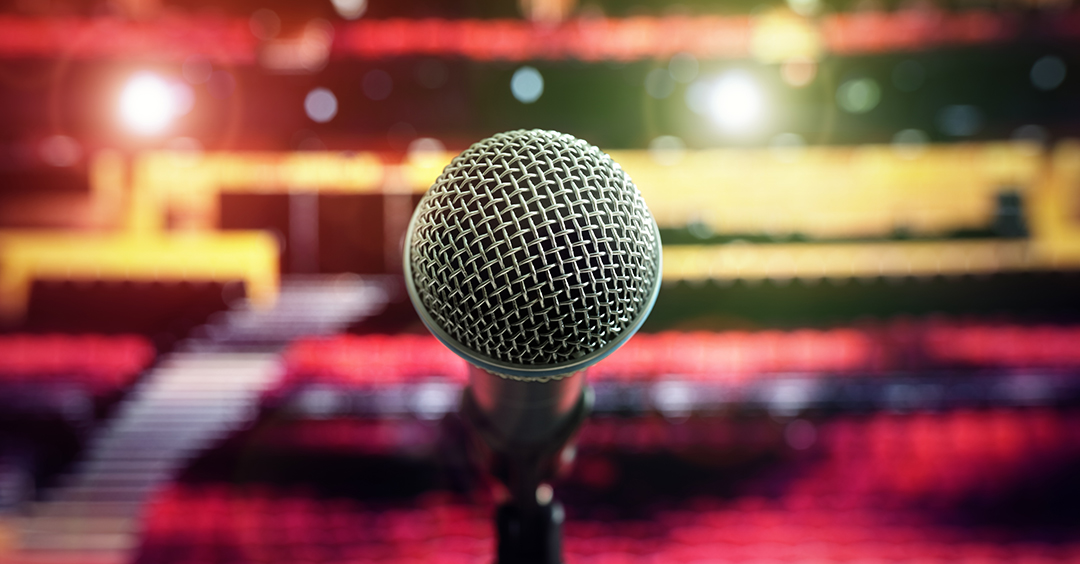 After Whitney Houston's sudden death some years ago, the world was fixated on replaying her iconic and now more poignant performances of her signature songs. And what stuck in my mind was a video they showed of one of her first performances and the video of one of her last.

The early video actually showed her as a young girl, singing in her Newark, New Jersey church, belting out "just a little talk with Jesus makes it right." The other video was called "Whitney's last public performance." It appeared to be an impromptu duet. The song "Yes, Jesus Loves Me." I thought, "Man, bookends of her life."

Clearly, Jesus was part of the life of this legendary performer whose singular way with a song brought people to call her simply "The Voice." But the effusive tributes and the flashbacks of Whitney's unforgettable musical mountaintops were punctuated with the disturbing images of her personal life spinning tragically out of control. Her "turbulent marriage" they said, her battles with admitted drug addiction, and then the troubling pictures of a beautiful woman in disarray and decline.

I'm Ron Hutchcraft and I want to have A Word With You today about "The Dark Crossroads."

Now, according to Whitney's own public statements and numerous reports from the news and personal friends, things went very wrong in a life that lit up stages around the world. And none of us knows what went on in the heart and soul of this tormented diva. But what we can know is what's going on in our own, in light of the lessons that we've learned as we look at someone like Whitney Houston. The big question that comes to me as I sort through this sadness is, "Where do you turn when you hit the dark crossroads?"

We all get there. It's that point of desperation where the hurt is so great and the answers so few, and you've got to decide where to turn. Many roads lead to that crossroads: a marriage that promised happiness but it's just delivering hurt, a soul-ripping tragedy, bad news from the doctor, from the boss, the betrayal, the breakup, the broken heart.

At the dark crossroads, you've got to choose which way you're going to go - toward the darkness or toward the light. You choose the darkness when you go to the drugs or the drinking, a sexual affair or sexual fantasies for relief, a "solution" that isn't one. It only creates more problems. It's darkness when you descend into the pit of harbored bitterness, or anger, or self-pity. Emotional cancer, that's what it is. It doesn't do anything to the person who hurt you, but it slowly destroys you.

Some people find Jesus when everything else has failed them. But sadly, some people walk away from Him, thus abandoning the only hope of finding meaning and strength in their trouble. No one stays in the same place with Jesus when the tsunami hits. You end up either closer to Him or farther from Him. You choose.

See, God's posted a sign at the dark crossroads. It's our word for today from the Word of God in Deuteronomy 30:19-20. It says, "I have set before you life and death...Now choose life, so that you and your children may live...the Lord is your life." Jesus illuminated the two directions when He contrasted the devil's plans for you with His plans, "The thief comes only to steal, kill and destroy, but I have come that they might have life and have it to the full" (John 10:10).

The song is so right, "Jesus loves me." The one Whitney sang as a girl, "Just a little talk with Jesus makes it right." Especially if that talk is to say, "Jesus, I need Your love; that love You showed me when You poured out Your life for my sin on the cross. So Jesus, I'm all Yours." You can have a Jesus-upbringing, Jesus-beliefs, Jesus-words and still not know Him. But today is your day at the crossroads to give yourself to Him.

I invite you today, maybe at your dark crossroads, to grab the One who said, "I will be for you the light of your life." Because it's often at the dark crossroads where the Light finally comes in.