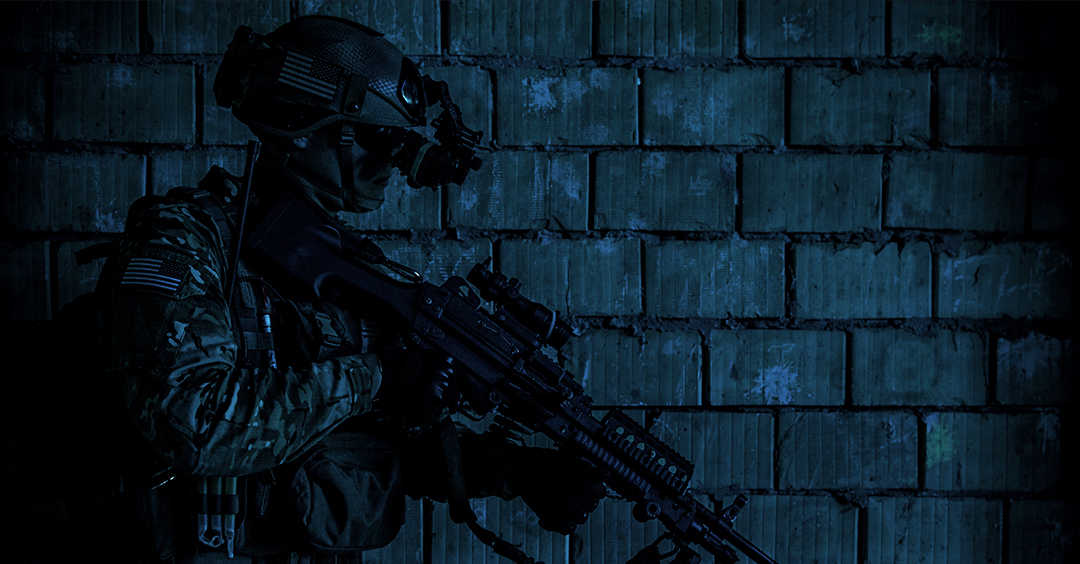 Throughout the history of warfare, there always have been those weapons or tools that gave an army an edge. When I was a boy, it was the iron chariot or the catapult. Later, it was the crossbow, and then the latest rifle. While it's not exactly a weapon, there is a new military tool that can give military folks an edge. It's called night goggles, and they help soldiers live up to their reputation for "owning the night." Night goggles literally allow the wearer to see an illuminated view of what's going on in the darkness; things that would otherwise be invisible. If you can see through the night, you can see what others can't see and you can operate when others can't move.

I'm Ron Hutchcraft and I want to have A Word With You today about "Night Vision."

For a long time, God has been equipping folks with the ability to see through the night. You don't even need special goggles. You do need to have a love relationship with God where your heart opens up to things that He wants to show you. And maybe it's nighttime in your life right now. It's gotten pretty dark. It's hard to see where to go, hard to know what to do, and maybe it's pretty scary.

Then you're going to love God's promise of night vision to His children who keep trusting Him. Isaiah 42:16, one of my anchor verses and our word for today from the Word of God. God says, "I will lead the blind by ways they have not known, along unfamiliar paths I will guide them..." Are you walking down a way you've not known before? Are you headed into an unfamiliar path maybe? Your Lord says, "I will be your night vision."

It gets better. He goes on to say, "I will turn the darkness into light before them and make the rough places smooth." This is awesome! Of course, you have to be walking into the darkness for God to turn the darkness into light. He doesn't say to start walking when He lights up the path. He says to start walking and as you walk, He'll light it up. The rest of His promise concludes: "These are the things I will do; I will not forsake them." I've got to tell you, this promise has meant so much to me I've committed it to memory. I want to be able to say it; I want to be able to stand on it anywhere, anytime. It is a great verse to make part of you!

Look, you might be in a night season right now, but your God owns the night! In fact, that's usually when you can see Him best. Like the moon. As long as it's light, you can only see a pale moon at best. But when it's dark, that's when you can see the brightness of the moon - or of your Master. Just like the military who get a lot done in the night because they have night vision, your Lord gets a lot done in the nighttimes of our life; often some of His greatest missions are accomplished when it's darkest for us.

No matter how dark it is around you right now, your God is able to lead your steps, protect you from all harm, to show you where to walk, and to enable you to complete your mission, unhindered, undiminished, uncompromised, and undefeated no matter what's out there in the dark. Because, as 1 John 4:4 tells us, "the One who is in you is greater than the one who is in the world."